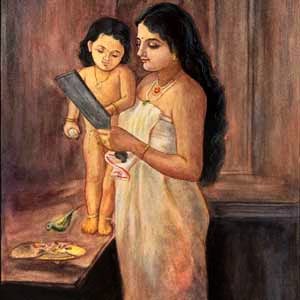 If you are feeling depressed, extremely tired, irritable, losing hair, gaining weight and heavy menstrual bleeding, it could be due to thyroid disorder that often goes unnoticed or undetected. Thyroid disorder can also raise your blood sugar levels and cholesterol. Get yourself checked right away. But what is thyroid and why is it so important?
You can find the thyroid gland, shaped like a butterfly, in the front part of your neck, just below the thyroid cartilage or the Adam’s apple. The main function of the thyroid gland is to produce hormones that regulate your metabolism, breathing, heart rate and growth of body tissues. Thyroid disorder occurs when the thyroid hormone is either produced too little or too much.
Normal thyroid                                                                 enlarged thyroid
Researchers have found that women are more prone to thyroid disorder than men on account of irregular secretion of thyroid hormone in their bodies. Women were found to have thyroid disorder 5 to 10 times more than men. The cause is still unknown although it is certain that thyroid disorder has nothing to do with the hormone estrogen, because thyroid disorder can occur at any age in a woman: before puberty or after menopause. Studies show that thyroid disorders are hereditary and children may inherit it from any parent having thyroid disorder.
A friend of mine who is only in her 30’s has thyroid disorder since many years and found out recently that her young daughter aged 14 has thyroid disorder too. She was alert to her daughter’s uncharacteristic symptoms of tiredness and ill temper and guessed right away that she could be having thyroid disorder. Subsequent blood test confirmed her fears.
Thyroid disorder can cause infertility, osteoporosis, obesity, diabetes and cardiac issues. Diseases like diabetes, cholesterol cannot be controlled if you have a thyroid disorder. An underactive thyroid or hypothyroidism (more common) may make it difficult for a woman to conceive, especially if it goes undetected. Early detection will help you regulate thyroid with appropriate yoga exercises or medication.
Hypothyroidism has similar symptoms as pregnancy like tiredness, weight gain, absentmindedness etc. If a pregnant woman has hypothyroidism and fails to treat it, she could increase her chances of a defective baby or stillbirth.
A woman I know, who was pregnant, had hypothyroidism that she was unaware of. She found out only toward the end of her last trimester. Consequently, she gave birth to a Down’s baby. She also had other complications like anemia and intermittent bleeding throughout her term which her doctors termed as ‘placental previa’.
But don't worry or despair. You can effectively strengthen your thyroid gland and get it in top condition with ‘Matya aasan’ or ‘fish’ posture in yoga. ‘Matsya’ in Sanskrit means ‘fish’ and ‘aasan’ means ‘posture’. Regular practice of this posture will keep your thyroid healthy and strong.
In the video below, I am doing the ‘matsya aasan’ for improving your thyroid and the ‘pavan mukta aasan’ that is effective for digestion and expelling postpartum gas.
Alternatively you can do 'pranayam' or a yoga breathing technique called the 'ujjayi pranayam' which is extremely effective to maintain your thyroid health and keep it healthy. (read  Pranayam – Yogic Breathing for Your Body and Soul)